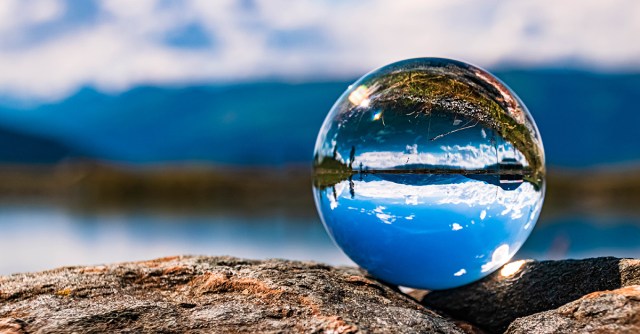 The Sophos Rapid Response team has compiled a list of the most commonly held security  misperceptions they’ve encountered in the last 12 months while neutralizing and investigating cyberattacks in a wide range of organizations.

Below is a list of the top 10 misperceptions, together with a Sophos counterpoint dispelling each of them based on incident responders’ experience and observations at the frontline of attacks.

Listen to this article using the player above…

Misperception 1: We are not a target; we are too small and/or have no assets of value to an adversary

Sophos Counterpoint: Many cyberattack victims assume they are too small, in a sector of no interest or lacking the kind of lucrative assets that would attract an adversary. The truth is, it doesn’t matter: if you have processing power and a digital presence, you are a target. Despite the media headlines, most attacks are not perpetrated by advanced nation-state attackers; they are launched by opportunists looking for easy prey and low hanging fruit, such as organizations with security gaps, errors or misconfigurations that cybercriminals can easily exploit.

If you believe that your organization is not a target, you are probably not actively looking for suspicious activity on your network – such as the presence of Mimikatz (an open-source application that allows users to view and save authentication credentials) on your domain controller – and you could miss the early signs of an attack.

Sophos Counterpoint: Some IT teams still believe that endpoint security software is enough to stop all threats and/or they don’t need security for their servers. Attackers take full advantage of such assumptions. Any mistakes in configuration, patching or protection make servers a primary target, not a secondary one as might have been the case in the past.

The list of attack techniques that try to bypass or disable endpoint software and avoid detection by IT security teams grows longer by the day. Examples include attacks operated by humans that exploit social engineering and multiple points of vulnerability to gain entry; heavily packed and obfuscated malicious code injected direct into memory; ‘fileless’ malware attacks such as reflective DLL (Dynamic Link Library) loading; and attacks using legitimate remote access agents like Cobalt Strike alongside everyday IT admin tools and techniques. Basic anti-virus technologies will struggle to detect and block such activity.

Similarly, the assumption that protected endpoints can prevent intruders from making their way to unprotected servers is a mistake. According to the incidents Sophos Rapid Response has investigated, servers are now the number one target for attack and attackers can easily find a direct route using stolen access credentials. Most attackers also know their way around a Linux machine. In fact, attackers often hack into and install backdoors in Linux machines to use them as safe havens and to maintain access to a target’s network.

If your organization relies only on basic security, without more advanced and integrated tools such as behavioral and AI-based detection and a 24/7 human-led security operations center – then intruders will likely find their way past your defenses eventually.

Last but not least, it is always worth remembering that while prevention is ideal, detection is a must.

Misperception 3: We have robust security policies in place

Sophos Counterpoint:  Having security policies for applications and users is critical. However, they need  to be checked and updated constantly as new features and functionality are added to devices connected to the network. Verify and test policies, using techniques such as penetration testing, tabletop exercises and trial runs of your disaster recovery plans.

Misperception 4: Remote Desktop Protocol (RDP) servers can be protected from attackers by changing the ports they are on and introducing multi-factor authentication (MFA)

Sophos Counterpoint: The standard port used for RDP services is 3389, so most attackers will scan this port to find open remote access servers. However, the scanning will identify any open services, regardless of the port they are on, so changing ports offers little or no protection on its own.

Further, while introducing multi-factor authentication is important, it won’t enhance security unless the policy is enforced for all employees and devices. RDP activity should take place within the protective boundary of a virtual private network (VPN), but even that cannot fully protect an organization if the attackers already have a foothold in a network. Ideally, unless its use is essential, IT security should limit or disable the use of RDP internally and externally.

Misperception 5: Blocking IP addresses from high-risk regions such as Russia, China and North Korea protects us against attacks from those geographies

Sophos Counterpoint:  Blocking IPs from specific regions is unlikely to do any harm, but it could give a false sense of security if you rely only on this for protection. Adversaries host their malicious infrastructure in many countries, with hotspots including the US, the Netherlands and the rest of Europe.

Misperception 6: Our backups provide immunity from the impact of ransomware

Sophos Counterpoint: Keeping up-to-date backups of documents is business critical. However, if your backups are connected to the network, then they are within reach of attackers and vulnerable to being encrypted, deleted or disabled in a ransomware attack.

It is worth noting that limiting the number of people with access to your backups may not significantly enhance security as the attackers will have spent time in your network looking for these people and their access credentials.

Similarly, storing backups in the cloud also needs to be done with care – in one incident Sophos Rapid Response investigated, the attackers emailed the cloud service provider from a hacked IT admin account and asked them to delete all backups. The provider complied.

The standard formula for secure backups that can be used to restore data and systems after a ransomware attack is 3:2:1: three copies of everything, using two different systems, one of which is offline.

One final note of caution, having offline backups in place won’t protect your information from extortion-based ransomware attacks, where the criminals steal and threaten to publish your data instead of or as well as encrypting it.

Sophos Counterpoint: According to the State of Ransomware 2021, 22% of organizations believe they’ll be hit by ransomware in the next 12 months because it’s hard to stop end users from compromising security.

Social engineering tactics like phishing emails are becoming harder to spot. Messages are often hand-crafted, accurately written, persuasive and carefully targeted. Your employees need to know how to spot suspicious messages and what to do when they receive one. Who do they notify so that other employees can be put on alert?

Misperception 8: Incident response teams can recover my data after a ransomware attack

Sophos Counterpoint: This is very unlikely. Attackers today make far fewer mistakes, and the encryption process has improved, so relying on responders to find a loophole that can undo the damage is extremely rare. Automatic backups like Windows Volume Shadow Copies are also deleted by most modern ransomware as well as overwriting the original data stored on disk making recovery impossible other than paying the ransom.

Misperception 9: Paying the ransom will get our data back after a ransomware attack

Sophos Counterpoint: According to the State of Ransomware survey 2021, an organization that pays the ransom recovers on average around two-thirds (65%) of its data.  A mere 8% got back all of their data, and 29% recovered less than half. Paying the ransom – even when it seems the easier option and/or is covered by your cyber-insurance policy – is therefore not a straightforward solution to getting back on your feet.

Further, restoring data is only part of the recovery process – in most cases the ransomware completely disables the computers, and the software and systems need to be rebuilt from the ground up before the data can be restored. The 2021 survey found that recovery costs are, on average, ten times the size of the ransom demand.

Misperception 10: The release of ransomware is the whole attack – if we survive that we’re OK

Sophos Counterpoint: Unfortunately, this is rarely the case. The ransomware is just the point at which the attackers want you to realize they are there and what they have done.

The adversaries are likely to have been in your network for days if not weeks before releasing the ransomware, exploring, disabling or deleting backups, finding the machines with high value information or applications to target for encryption, removing information and installing additional payloads such as backdoors. Maintaining a presence in the victim’s networks allows attackers to launch a second attack if they want to.

Peter leads the Incident Response Team at Sophos. He works with an expert team of threat hunters to help organizations targeted by cyberthreats to investigate, contain and neutralize attacks. Peter has been with Sophos since 2011 and specialises in ransomware attacks.