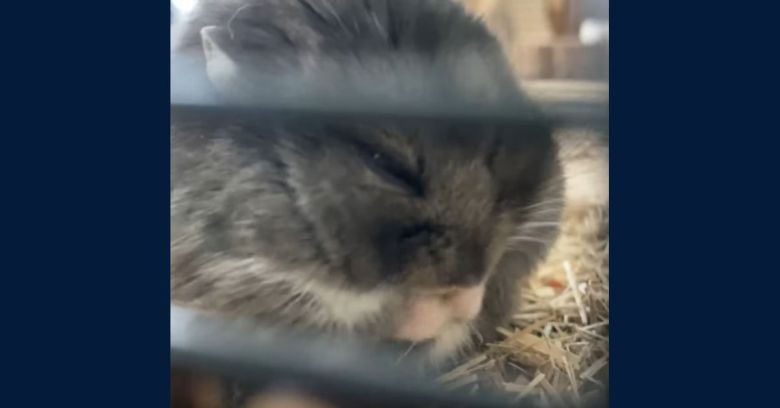 Sadly, a lot of the cryptocurrency news that we write about on Naked Security involves cybercriminals getting mixed up in things, often with depressing results.

Two months ago, for example, a Japanese called Liquid found that a cool $100 million had gone missing overnight, in a puff of cryptographic dust.

We don’t know where the money went, or whether Liquid ever got any of it back.

At the time, we reported that the company’s own official incident reporting website [URL was: https://status.liquid.com/incidents/j50pfrrg1l7r] stated that “[w]e are currently investigating and will provide regular updates”.

But we can’t find any trace of that warning notice (or any apparent update to it) on the website today.

Shortly before the Liquid illiquidity event, a Chinese crew trading as Poly Networks suffered an even more staggering loss, with about $600 million siphoned out of the company’s hodlings due to a cryptographic programming bug.

There wasn’t a lot that Poly Networks could do to override and reverse the unauthorised transactions, because the notion that “there is no central authority to mess with your investments, so be careful out there” is one of the guiding principles of most cryptocurrency systems.

So the folks at Poly decided simply to ask really nicely if the thief, whom they started referring to as Mr White Hat, would mind giving the money back.

Presumably to their almost unlimited relief, that’s more or less what happened, over a period of many days of heart-stopping nerves while Poly’s service was suspended.

This sort of megaloss catastrophe isn’t a new thing, and many of you will remember an infamous Japanese cryptocurrency exchange known as Mt. Gox, pronounced in English as if it were a topographical eminence, namely, “Mount Gox.”

(What you may not know is that the company name came via the repurposed domain name MTGOX, short for “Magic: The Gathering” Online Exchange, a trading site not for cryptocoins but for physical playing cards from the MTG franchise.)

Mt. Gox imploded spectacularly back in 2014, becoming the first cryptocurrency exchange to lose more than half-a-billion dollars in what seemed to be a single cyberheist, in which 650,000 Bitcoins (then worth just $800 each, compared to more than $60,000 today) turned up missing.

The CEO of the Mt. Gox, a Frenchman named Mark Karpeles, was ultimately arrested, convicted and sent to prison in Japan – not for the missing $500 million, but for overstating the financial position of the company by some $1 million and thereby criminally misleading investors.

Well, we’re delighted to bring you much happier news today of a cryptocurrency “venture” with a lighter side, this time under the “leadership” of a certain Mr. Goxx (note the double X).

In case you’re wondering, Mr. Goxx is a hamster.

His human “staff” have equipped his regular hamster cage (sorry, apartment) with an interconnected wooden box (sorry, office, complete with miniature trading desk) in which he’s able to decide which cryptocoins to trade, as the whim takes him, and whether to buy new coins, or sell off some of his existing hodlings.

Like many human fitness-even-at-work fanatics with their online exercise bicycles-that-don’t-actually-go-anywhere and treadmill desks (put your hand up if watching other people walk nowhere while talking into a Zoom camera makes you feel seasick), Mr. Goxx works out while he works:

He selects a currency to trade by running on his exercise wheel (sorry, intention wheel), and then exercises (sorry, couldn’t resist that) either a buy or a sell trade by going through one of two hamster tubes (sorry, decision tunnels) positioned nearby.

When he’s tired of trading, he can back through the connecting tube (sorry, commute through a portal) to his main cage (oops, primary residence).

Oh, and in case you’re wondering, the Arduino-based project, which manages multiple webcams, motion sensors, wheel monitor and trading detectors, was created with every care for Mr. Goxx’s well-being, right down to avoiding illumination that might disrupt his day-and-night cycle:

This is not investment advice

The stream and all related posts are for entertainment purposes only. Investments shown here are not financial advice. Do not make financial decisions based on trades or data shown here. Mimicking trades might lead to severe financial losses. All data is supplied without guarantee and liability. Errors, delays and omissions of data are expected.

In simpler words: “He’s a hamster.”

Still, we thought you’d enjoy this cryptocurrency story for the simple reasons that we think it’s [a] fun for the hamster [b] it’s fun for the humans building the hardware and software to make it work and [c] no one is trying to swindle anyone by promising impossible financial returns on fraudulent cryptocoin investments.

As Mr. Goxx himself might say, “To the moon!”

LEARN ABOUT CRYPTOCOIN SCAMS AND HOW TO AVOID THEM