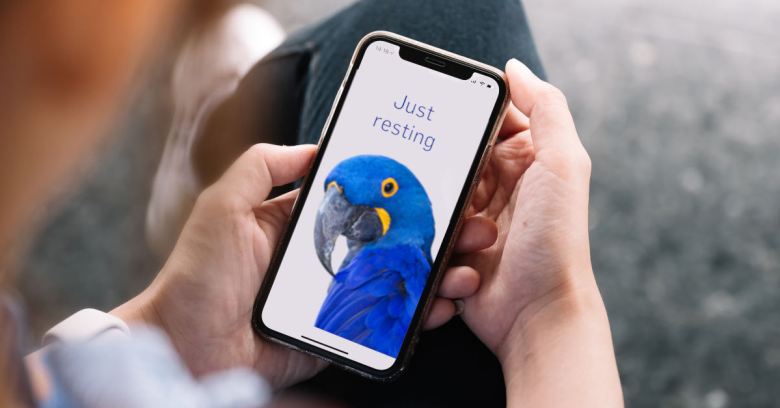 …had been dumped forever by Apple.

Apple notoriously won’t tell you anything about the security situation in its products unless and until it has a patch out.

And with iOS 15 arriving as the new kid on the block this week, we assumed the worst, following the “one-in-one-out” principle.

We haven’t finished because we haven’t even started

We guessed that iOS 12, along with the older devices that it runs on, had run out of support, and thus that Apple wouldn’t be updating iOS 12 again. (The words we used were, “If only Apple would say, ‘iPhone 6 and earlier; iOS 12: curtains closed, we won’t be supporting you any more.’”)

Well, we were wrong.

So there’s life in the old phone yet, and more importantly, two critical zero-day bugs that were fixed in iOS 14 last week have now been patched in iOS 12 as well.

Turns out that iOS 12 wasn’t dead after all, merely resting. 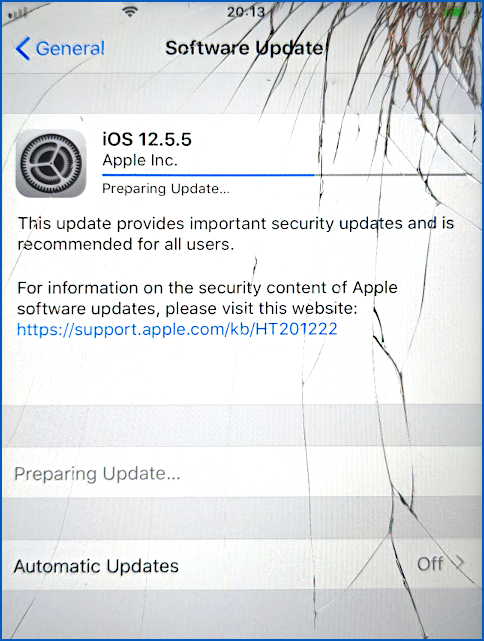 Update in progress. What a pity – this phone was in as-new condition until the bike accident two weeks ago. My wounds are healing well but the phone’s never will.

The first of the bugs is the infamous CVE-2021-30860 flaw, also dramatically dubbed FORCEDENTRY by Citizen Lab, the organisation that originally disclosed it to Apple so it could be patched.

According to Citizen Lab, the malware by means of which CVE-2021-30860 was investigated came from from an activist’s iPhone, where it had allegedly been implanted via an exploit embedded in a booby trapped iMessage communication.

The second iOS 12 bug that had already been patched in iOS 14 was CVE-2021-30858, a mysterious WebKit zero-day vulnerability.

This bug was also seen in the wild, and is presumably just as dangerous as the Citizen Labs one, although it lacked any dramatic backstory, and didn’t have a research company behind it to talk it up to the media – it was credited simply to “an anonymous researcher.”

Those bugs, as we can now see, were apparently not introduced via new features in the iOS 14 code, but were inherited by iOS 14 from iOS 13 (now officially superseded by iOS 14, and therefore not supported as a version on its own any more), which got them in turn from iOS 12.

We don’t have any details about that bug, dubbed CVE-2021-30869, other than that it was patched and that Apple has said “an exploit for this issue exists in the wild.”

By the way, the CVE-2021-30869 bug exists in Catalina, the previous but still-supported version of the macOS operating system, which therefore gets an update, too.